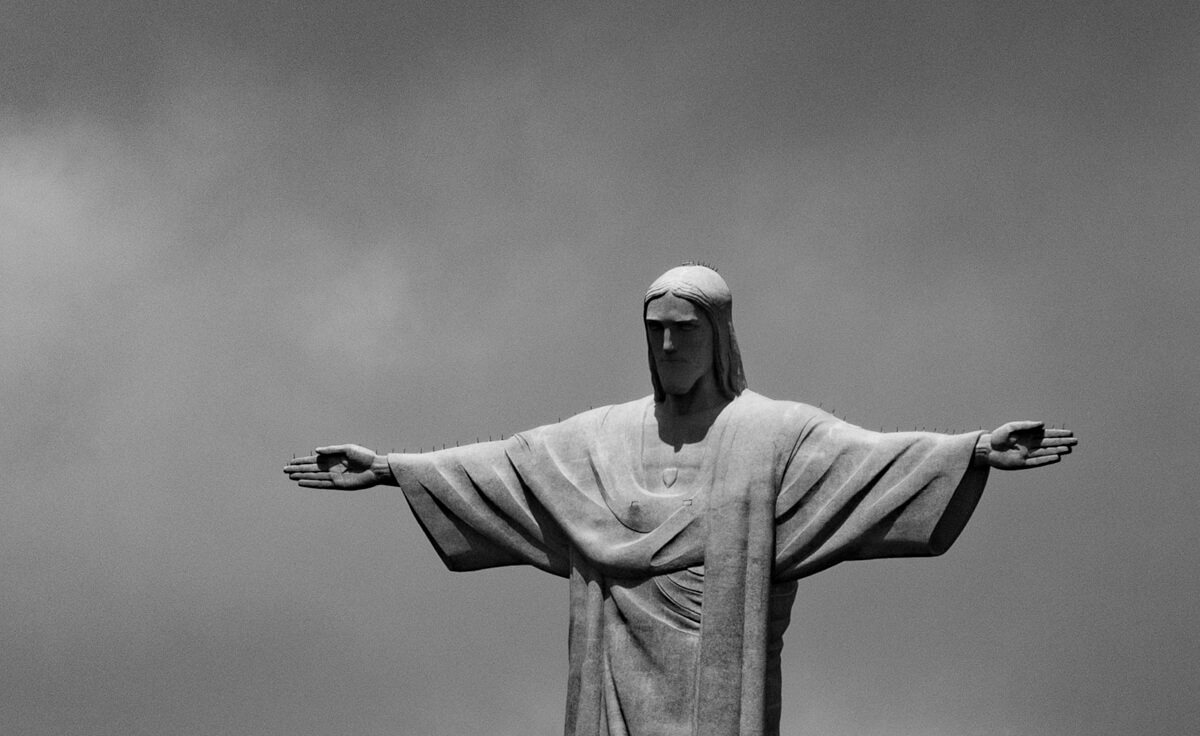 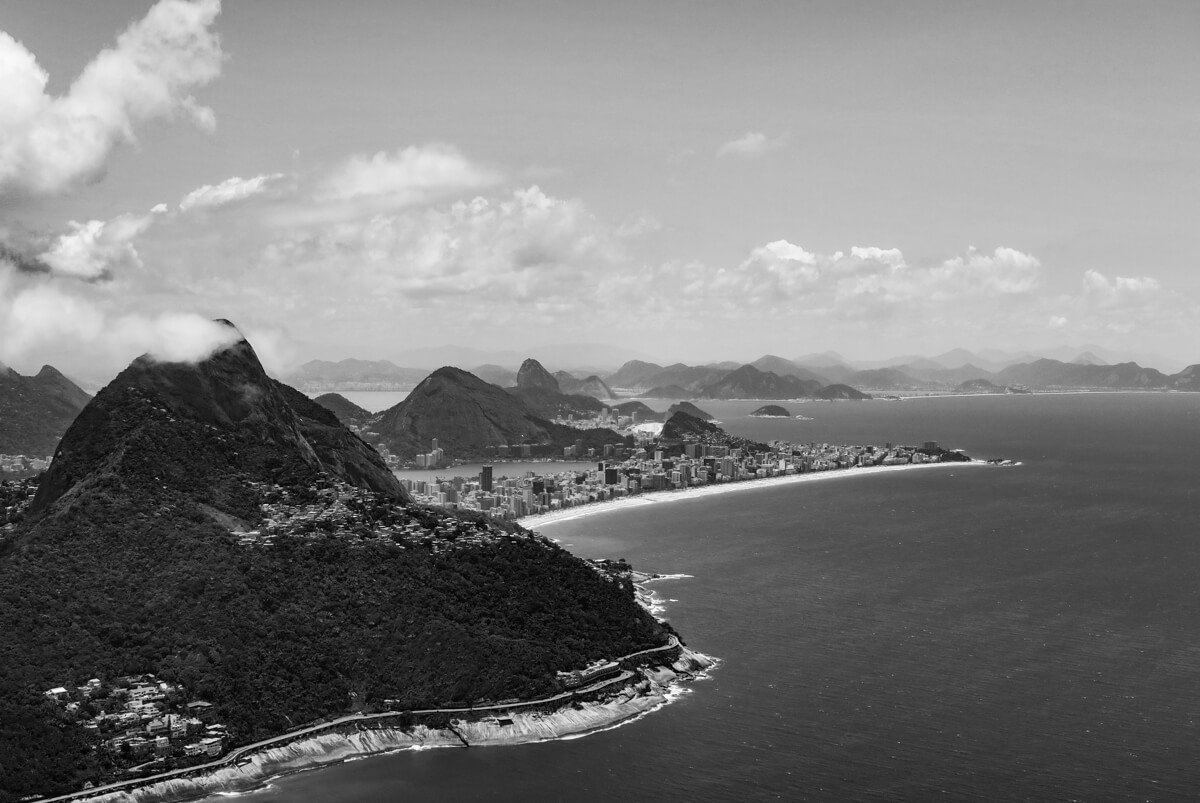 It was in 1922 that a nameless paragliding pilot from Rio, after an epic series of bad decisions and premature landings (a.k.a. “bomb-outs”) in a local competition, felt a deep, even religious need to redeem himself.  So he climbed the hill of Corcovado, looked down on the sprawling splendor of city, ocean, jungle, and rock beneath him, grandiosely spread his arms and, slightly raising his sweaty chin, exclaimed, “Help me, Jesus, redeem myself!”  Needless to say, he was fucking tired of losing (not to mention the climb).  So, his arms still spread out, he closed his eyes and made himself and God a promise.  Then he walked back down to the city and gathered all the other Rio pilots suffering from chronic bomb-out syndrome and occupying the bottom side of the comp result sheets.  That night, spending their last money on more rounds of cachaça than history can count, they drew the first architectural drawing of their Redeemer.  The very next day they started an epic battle against a collective hangover and gravity.  They had to bring up that hill 635 metric tons of concrete.  For a statue of the Christ so great and so beautiful, they would never bomb out again. 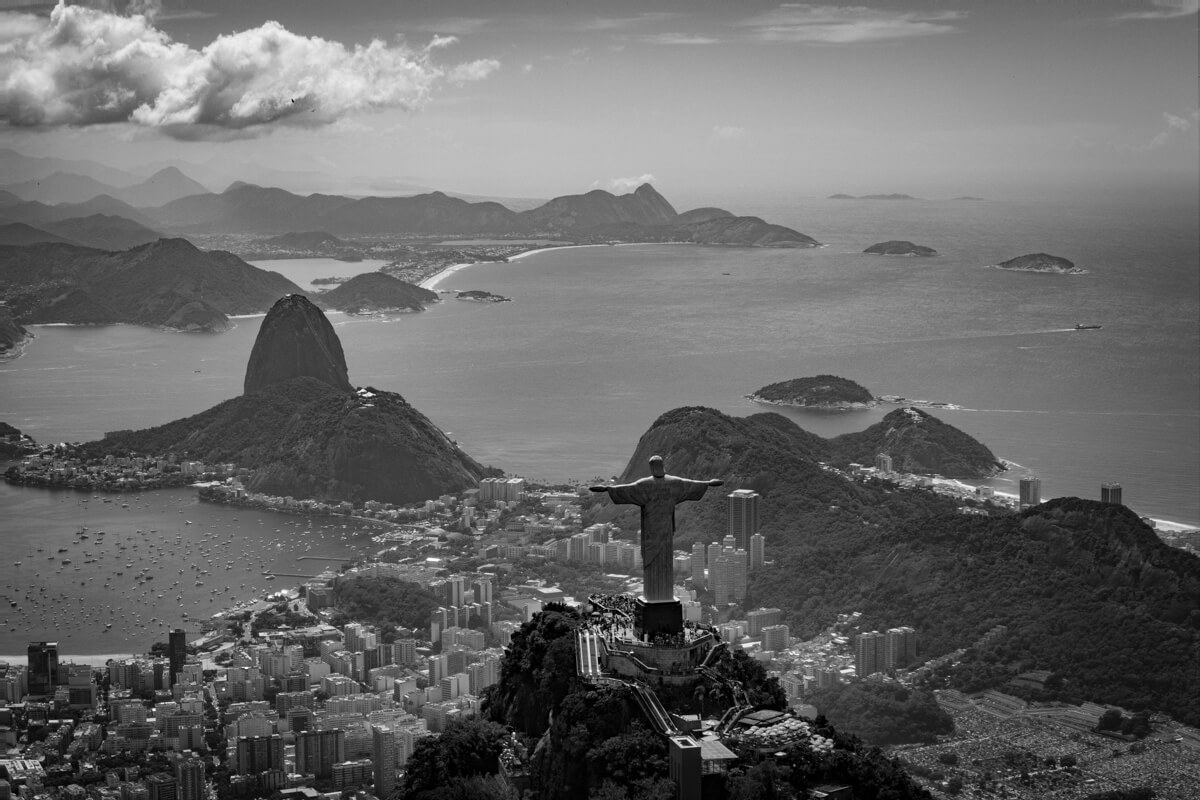 Nine years later their work was finished, all 38 meters of it.  So on that day they all stood at the feet of their Jesus, while that first nameless pilot rose and prophetically cried again to the city below and to God above: “Here at last, we’re here at last!  Praise the lord, we’re here at last!”  Taking an exalted breath, his eyes wide open in a crazed moment of prophesy that only chronic bomb-out pilots speaking about the never-seen goal line are capable of achieving, he continued his historic speech, to be plagiarized later (April 11, 2016, if you want to be precise) by a less fictional, yet even more ridiculous than this story, US president: “Guys, we’re gonna turn it around, and we’re gonna start winning again.  We’re gonna win so much.  We’re gonna win at every level.  We’re gonna win in cross country, we’re gonna win in acro, we’re even gonna win in that stupid Eastern European discipline… what was the name?..  Ah, yeah – accuracy landing!  We’re gonna win with every single facet.  We’re gonna win so much, you may even get tired of winning.  And you’ll say, ‘Please, please, it’s too much winning.  We can’t take it anymore.  Jesus, it’s too much’.  And He’ll say, ‘No, it isn’t.  You have to keep winning.  You have to win more.  You’re gonna win more.  You’re gonna win so much.  I love you, Rio!  Get out and fly!  You will be so happy!  I love you.'” the nameless pilot prophesized, and the bomb-out crew of born again flying masons cheered their hats off and ran back down the hill to get their gliders (the later plagiarized version of that speech: https://www.youtube.com/watch?v=daOH-pTd_nk ). 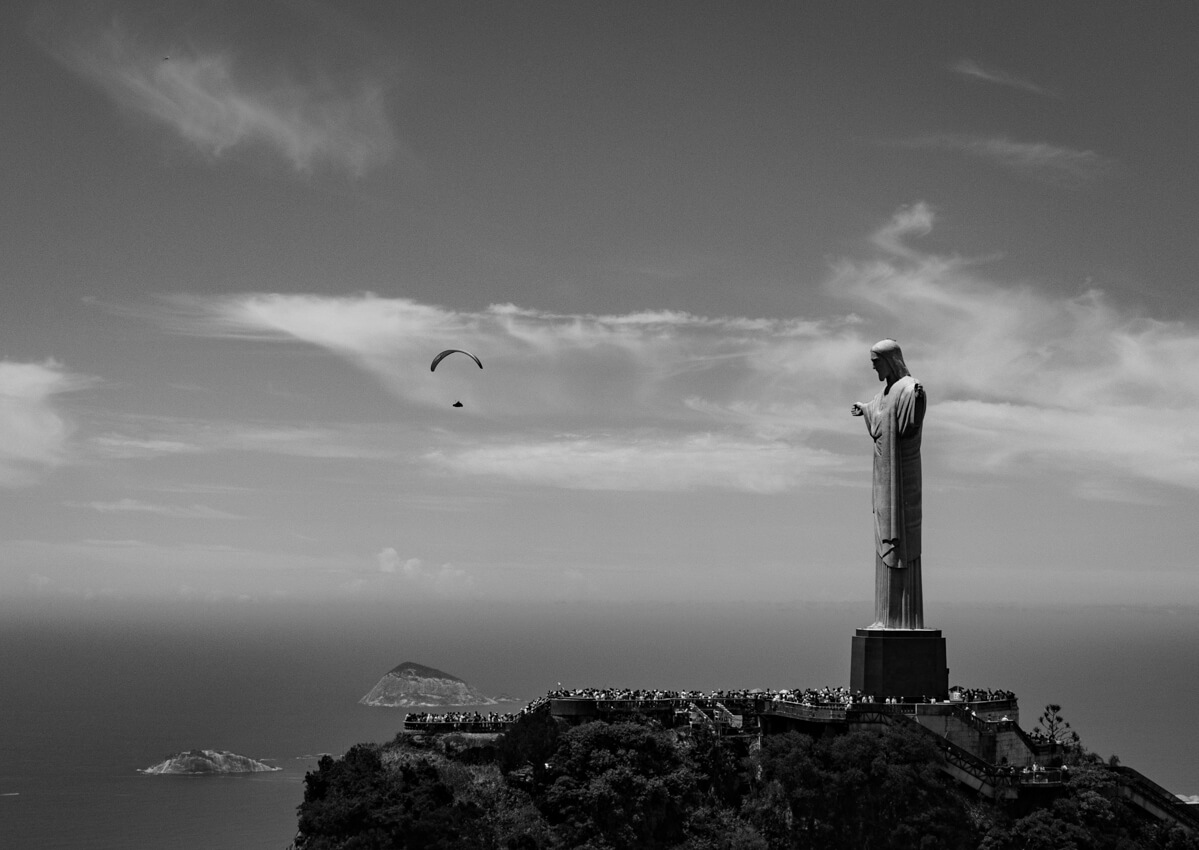 Fast-forward 76 years to my performance at the Paragliding World Cup Super Final, and I was feeling a bond with those pioneers.  For I was deep in the lower half of the ranking too, my heart searching for redemption.  So to Cristo I flew, and, suddenly, heavenly, all was well again!  The bastard was perched up there so God-damn beautifully, I had to believe again!  Circling around him like a happy little fly around a lamp of faith, he whispered in my ear so I understood what I already knew but in those moments of angst had started to forget.  That all is good in the garden.  One rotation (around him).  That we are the lucky ones, living the dream.  Another rotation.  And that I should respect group flying a bit more and not improvise my own lines all the time (especially at a place as tricky and unpredictable as Valadares).  Simple things, really. 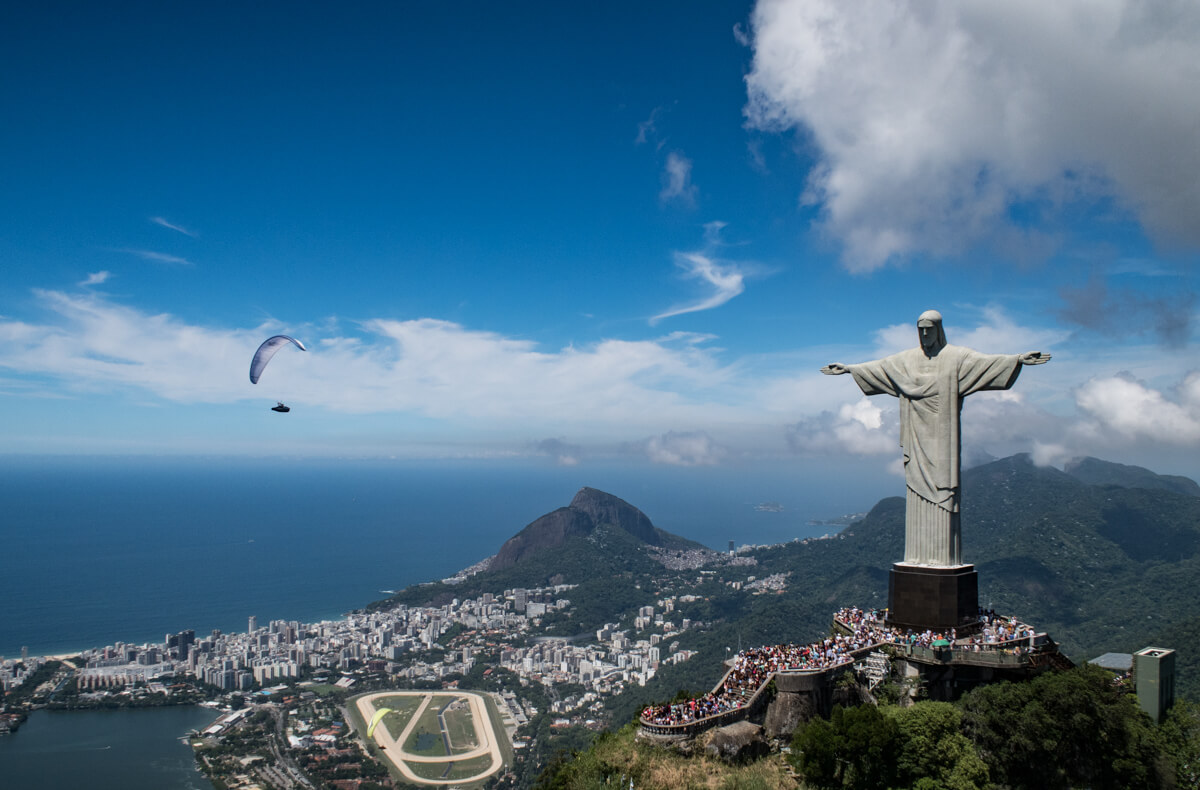 Thank you, Jesus, for being there for me and my friends on that day, your figure striking us in a way not less valid than religion, with the pure awe of your majesty in that surreal garden of yours, that psychedelic garden of sea, rock, jungle and city so beautiful, you must be feeling quite the groove up there.  So we joined you in it. 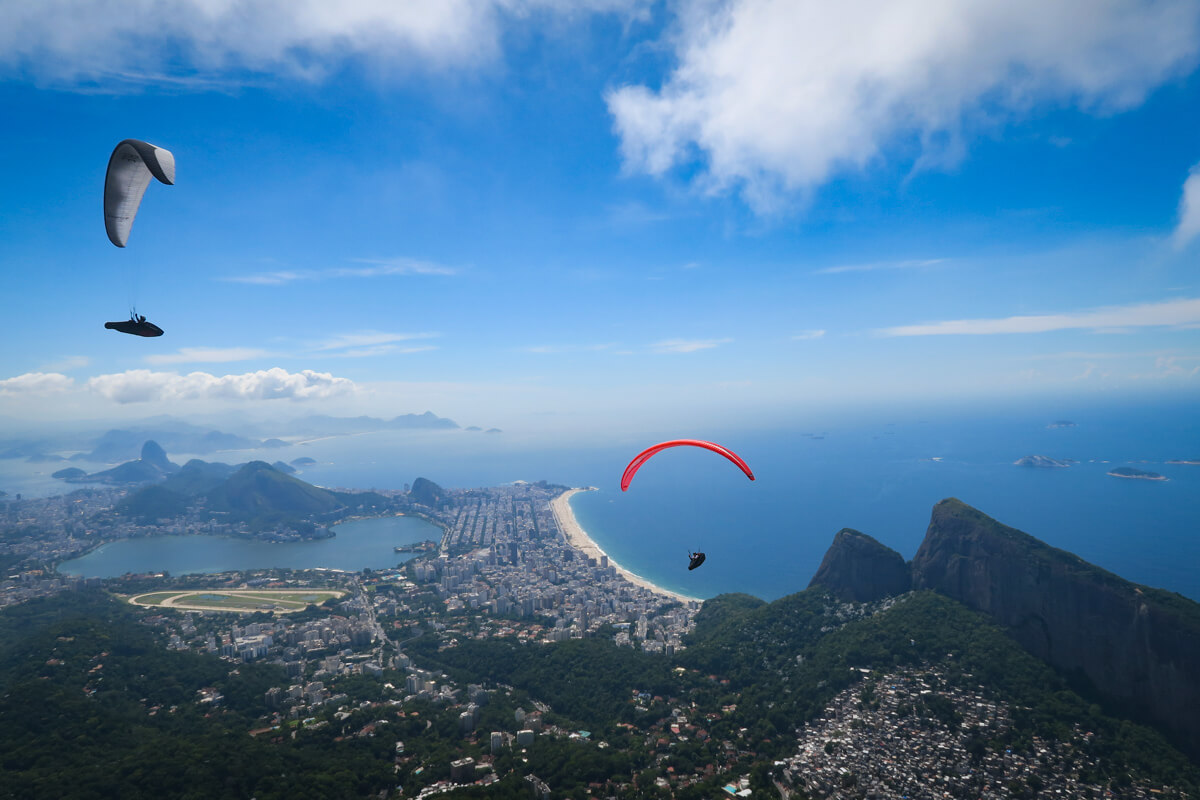 I’ve been asked many times by people who don’t fly: “What’s the best place you’ve flown at?”  My standard answer is that there is no such “best” place – that asking me this question is like asking me who the most beautiful woman in the world is – there is no such woman.  But if I have to choose, I choose Saint André for pure racing and Rio de Janeiro for pure beauty.  This season I was lucky to fly both places for the second time in my life, and they both delivered marvelously.  Except that this time I managed to get the Super Jesus Bonus of getting to the Cristo, too.  It hadn’t been a big goal of mine or anything, I had just thought it would be cool to do it.  But when I glided high between the puffy clouds, his statue looming larger and larger to the backdrop of the urban jungle, granite monoliths, bays and islands and beaches beyond, when I could see him in front of me as the glorious piece of godly sculpture watching over this great city, arms open, serene – that’s when I understood. 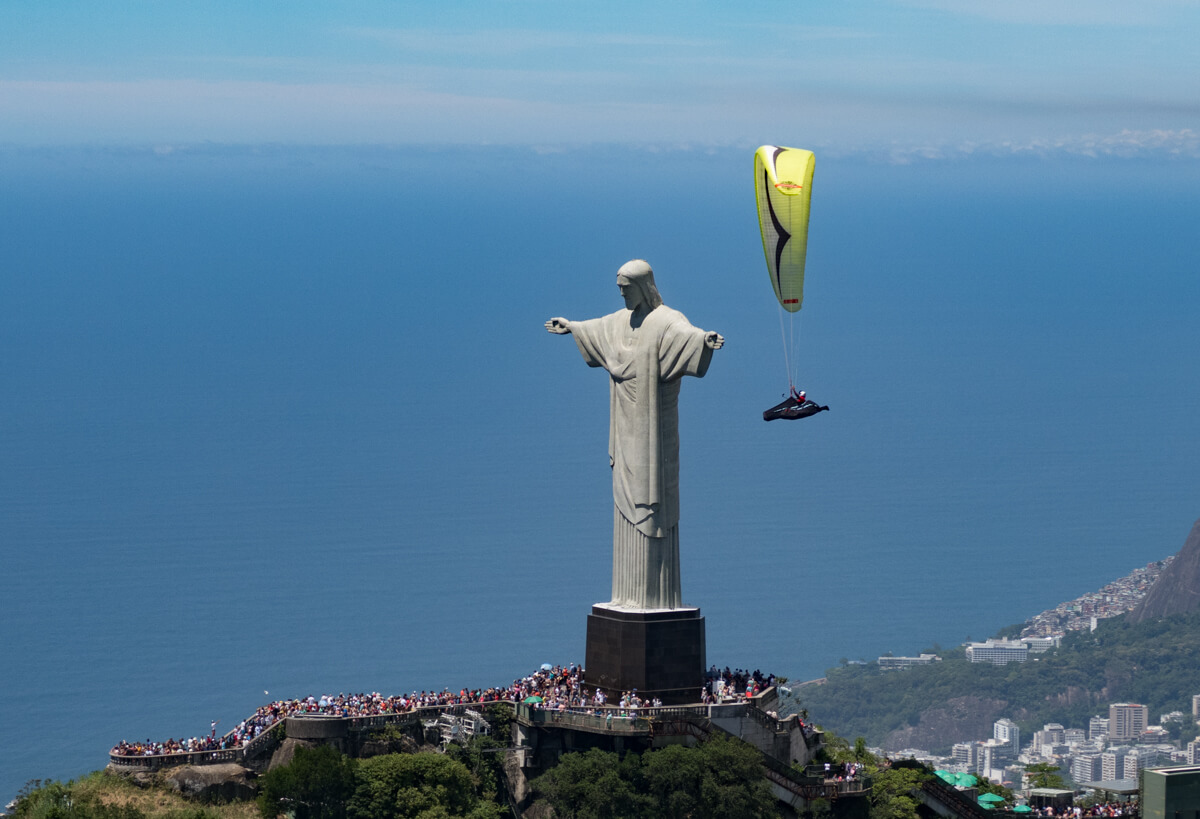 The rapture.  I didn’t need to be Christian, but I could have converted right that instant.

Convert I didn’t.  I was still Yassen the failed super-finalist atheist, in need of redemption, and now I was getting redemption full on!  YES, Cristo!  Yes!! 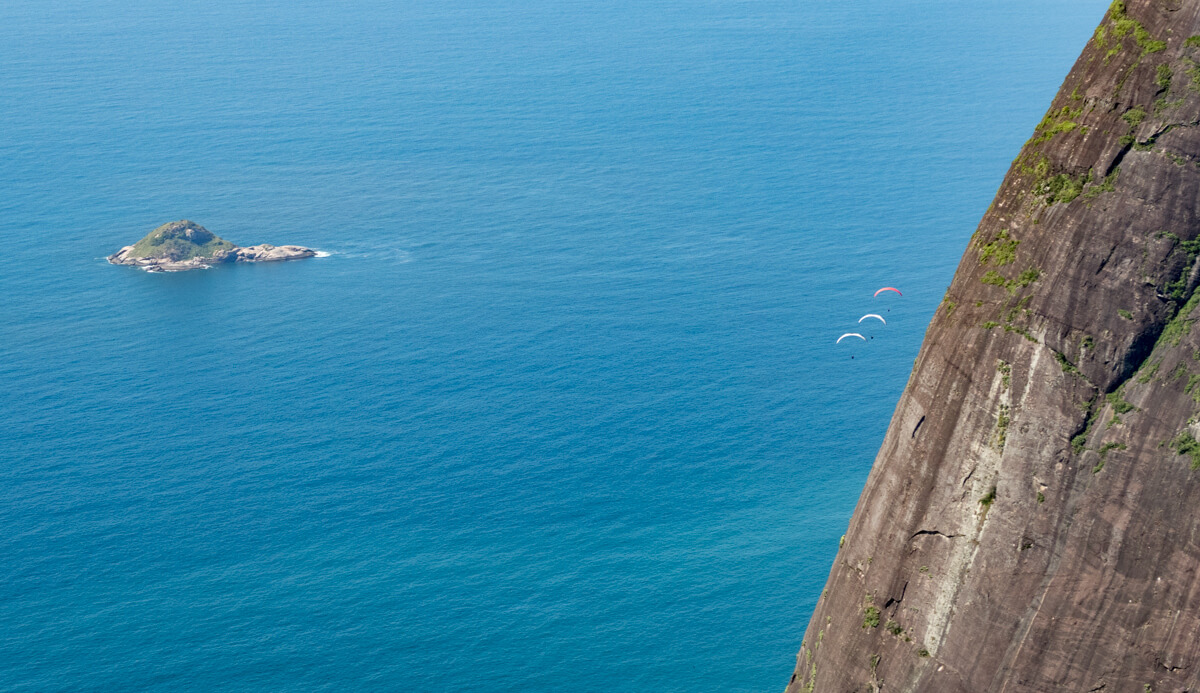 So I was circling around him, at all heights, from his feet to his waist to his arms and around the head and above and back down again, clockwise and counterclockwise – I was enveloping him like a tireless hug that wants nothing else but what hugs always want – to keep hugging.  I was hugging him with the arms of the atheist not believing in god but seeing god, and feeling at that moment not what the New Testament says about some mostly fictional son of god, but what any sensual person is bound to experience in his life in those few but magic moments of truth.  That all the beauty in this world is One and all is divine.  And he who sees this, who feels this, who knows this – he is blessed to be.  As we all were, flying with the Cristo on that day.

p.s. If you ever have a problem, such as ridiculously fucking up a Paragliding World Cup Superfinal in Brazil, I suggest turning up to his statue for help.  Remember, that’s what he’s perched on that cliff for – helping a brother pilot out, making us feel great again. 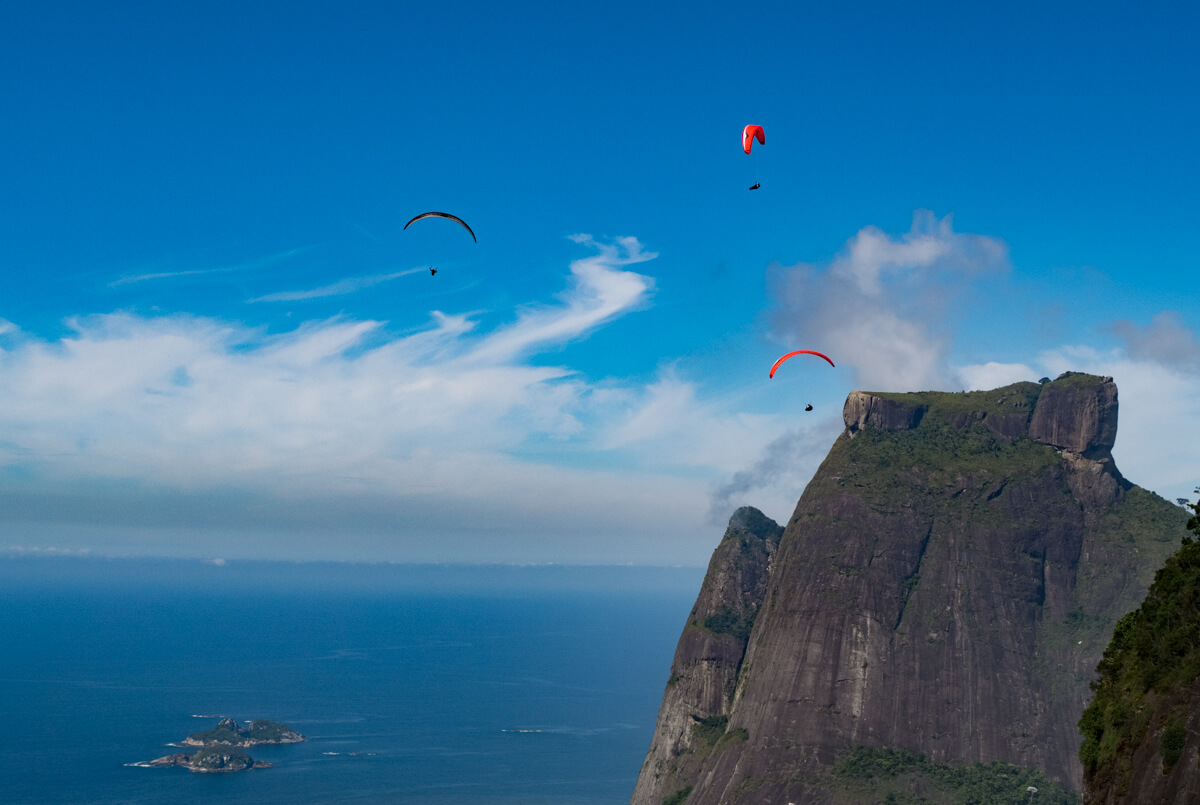 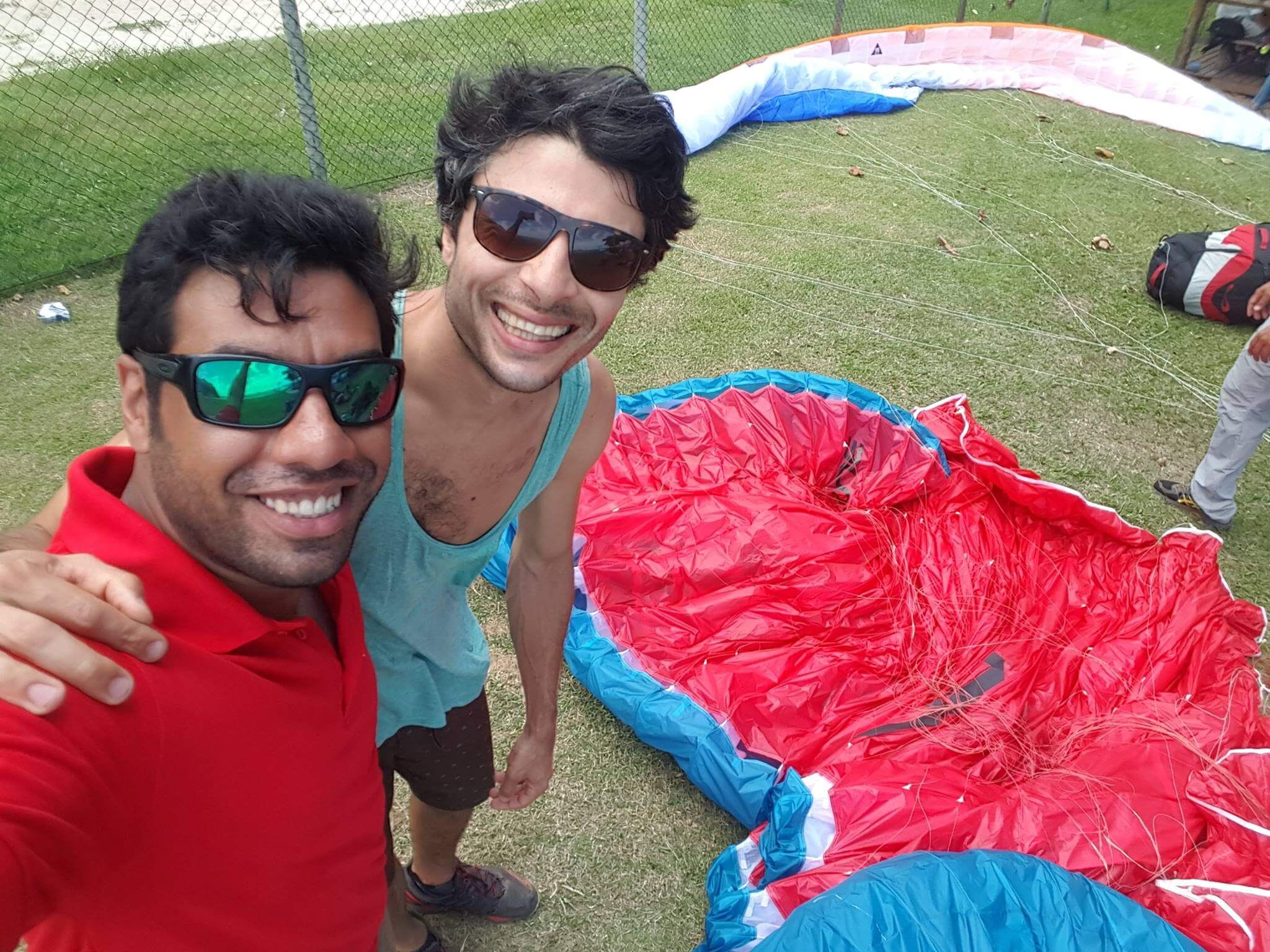